The pan Yoruba, sociocultural NGO, Yoruba KoYa Leadership and Training Foundation, YKLTF, is very happy, excited and rejoice with Nigerians for the victory at the National Assembly Chambers earlier today.

Through the Foundation’s Secretary General-Akogun Kola Onadipe, YKLTF stated that it is very elated alongside Nigerians, particularly those residing in the 137 local government areas of the South Western region for this landmark victory which will herald true and practical socioeconomic, cultural, educational, health and infrastructural development of the people in the real sense of it, immediately the Bill is signed into law by the President. 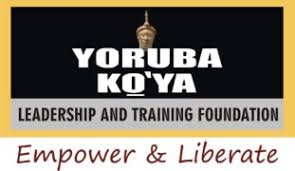 YKLTF, has, for years, been working relentlessly via several advocacy platforms with other NGOs, close respected NASS members, towards achieving the LG Administration & Financial Autonomy as now passed.

Yoruba KoYa believes that this is the only true governance existing for the people.

Yoruba KoYa Leadership and Training Foundation, now implores all youths and business sector practitioners (especially those with intelligent minds and  sound brains) to show keener interest in the activities of each of the 774 local governments in the country, especially in their regions of residency. 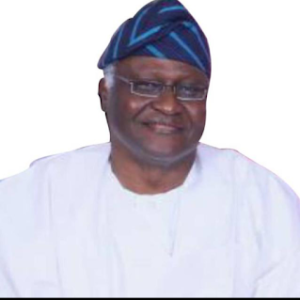 YKLTF notes that by the 1999 constitution of the Federal Republic of Nigeria, as amended, (fourth schedule-section 7 – clauses1 & 2); the respective local government has the sole statutory function of registration of births, deaths and marriages; construction & maintenance of roads, streets, street lightening, drains and other public facilities (amongst other numerous functions) that guarantee good living environment, and by implication the creator and incubator of civilisation and practical development.

Consequently, YKLTF  always believed that if the local government funds allocated from Federal and State resp are allowed to be judiciously expended on/to where people reside, as is done in advanced countries (via their own counties), lives of everyone would have more meaning than hitherto.

The Foundation will soon commence Advocacy programmes as enlightenment/education retreat within its members in all the 137 local government council areas of SW, as advance preparation in support of the Bill during the public hearings as respective State Houses of Assembly and also in consonance with its scheduled 2022 project activities.

We at YKLTF, therefore salute the courage of this 9th National Assembly for taking this bold step at last.

We urge President Muhammadu Buhari not to lax on this but sign the bill into law.